Last week, I have attended a forum theatre play by Both Sides, Now (BSN) called ‘The Exit’. They have conducted the play in Chong Pang and Telok Blangah Crescent over two weeks period and I reckoned it was pretty well received in the community just by looking at the general attendance.

For those who are new forum theatre concept, I will provide a little explanation because it is not your typical kind of theatre play. The key difference between a forum theatre and regular play is the involvement of the audience’s intervention. The main facilitators will request members of the audience to identify the central problem faced by the characters and propose solution/s that will be help in their situation as according to their plot. This is done by having one member of the audience superseding one of actor/actress. From there, a chosen act scene will be replayed with the new solution leading to potentially new outcomes.

I went with Min for the final play at Telok Blangah Crescent on Saturday. It was easy to locate as the stage was setup prominently in front of the market. And boy, the seats were filling up fast by about 7.20 ish.

Basically ‘The Exit’ is a short play about two different families facing end-of-life issues: an unconscious 38-year-old Mr Tan surviving on a life support system and a 69-year-old granny with cancer. Separately, Mr Tan’s family struggled making proxy medical decisions on his behalf, while the dying granny was facing huge hurdle trying to communicate with her daughter on her end-of-life preference.

As the scene took place in the hospital ward, there were also actors playing the role of a nurse and a medical doctor.

Firstly, I think the acting cast is amazing. Sitting in the front row does has its perks; I can feel the intensity of emotions fully displayed from the cast’s countenance at arm’s length. More importantly, the plot was pretty realistic. As the story gradually built up, you can really empathise on how stuck the characters are getting themselves into. From a social worker’s perspective, that really sounded all too familiar.

Secondly, the Emcees had already primed the audience on the concept of forum theatre and requested the audience to identify the central problems faced by these two families. From here, I realised that a number of people are already actively trying to put themselves into the shoes of the characters as many of those who voiced their opinions during the facilitation phase have had similar experiences. For the rest who are unfamiliar with this ‘death and dying’ stuff, you can really learn a lot from others just by listening to their stories. So I guess the experience is collectively beneficial.

Photo by Both Sides Now

Thirdly, to fully appreciate the entire process of forum theatre (and also to cease the dreaded silence when the emcee facilitators requested for volunteers to supersede the granny’s situation), I decided to raise my hands. Frankly, I haven’t gotten a clue on what to say to the daughter when I volunteered – it was almost like seeing a client without having much background of the case.

And this time, you are the actual family member.

The actress who acted the daughter was a tough nut to crack. The immersion immediately brought me into an alternative realm of which the reality becomes unfamiliar to what was previously known to me down the stage. In the first place, putting me into a context where I have a strained relationship with ‘my daughter’ is completely strange and hypothetical. I mean, a fleeting subconscious thought I had was reflecting about how my personal relationship with my daughter (if I have a daughter) would probably not turn out to be this way.

But because I am now inside the reality of ‘The Exit’, it is this way.

The actress spoken mandarin during the play; though we could use any language we wanted (I actually tried employing my cui Hokkien for a moment before giving up the notion), I decided to forgo using English because I wanted to speak with my daughter using the same medium – pretty awkward if I were to speak English while ‘my daughter’ communicates to me in Mandarin.

I guess I am already submerged into the stage reality with my personality enmeshed incoherently into the play.

I asked ‘my daughter’ to sit beside me so we could have a talk; she refused. Standing at a distance and keeping her feelings locked up as she sensed what was coming as a potentially emotional conversation. It reads to me as a protective mechanism to keep her sanity. I passed to her the Advance Care Planning brochure and she disconnected me – shutting me out and putting the material aside.

Ok empathy mode on. No point pushing task if people are not ready. I wanted to explore the relationship pattern. Oh wait. I am not a social worker.

I am the freaking lao bu. Shucks.

‘I know you are very stress at work and in looking after me,’ I began. Then the visibly annoyed daughter cut in and requested me not to worry but focus on my recovery instead.

‘I think it has been a while since we talk like Mother and Daughter,’ I said in Mandarin. Then ‘my daughter’ insisted that there was nothing wrong with ‘our relationship’. She said it in a tone that was incongruent and like all good professional, I pointed out the discrepancy.

‘Managing well? I think your body language tells me a different thing. Also, I don’t think people having positive relationship talk to each other in this way.’

I reckoned ‘my daughter’ was caught off guard slightly with my candid response. I probably hit some right emotional spots.

The conversation flowed for a while more and I can’t really remember the sequential details of our surreal conversation. But I can poignantly recall feeling helpless and resigned in seeing how emotionally tough ‘my daughter’ is like. Eventually I decided to move along the path of realistic negotiation; I told her I am not keen for the operation because my fight with cancer was not doing well. I wanted to spend more quality time with her and that was my preference.

She replied saying that once I agree to the operation procedure (that was part of the plot), she will make travelling plans once I am well and we can talk all day. It was really like ducks and chicken talking to each other.

‘I will probably die tragically at the operating theatre before that happens or fall unconscious like my buddy Mr Tan over there,’ I thought to myself.

Gathering my thoughts, I said to her: ‘This is not what I wanted; but if you insist that I go for the operation. I will listen to you. But this will be the last operation I am willing to put myself through’.

Then I paused for a moment.

But if I survived this operation, subsequently, will you then listen to me and what I want?’

I think I drove a hard bargain. She avoided my question twice. But I anchored my position like an unwavering salesman who refused to relent without some kind of mutual agreement.

‘Ok, I will call the doctor now and arrange the appointment’, said ‘my daughter’ as she marched out of the scene without agreeing.

Wah piangz. I felt that I was hanging in the air like a slab of char siew at the roasted meat store. Not sure if ‘my daughter’ agreed with my social contract or she was trying to smoke me. Regardless, my trial intervention ended and I had to de-role.

The participation was fun and informative. Although role playing is a common technique used by social workers during clinical training or with clients whenever we desire to test certain hypothesis, it is certainly a fresh experience in front of a community audience over something that I have been promoting for the past three years of my professional life – Death Education.

In summary, if you missed this round of ‘The Exit’ and if Both Sides Now is going to re-stage it again someday in the future, please go and experience it!

You have Successfully Subscribed! 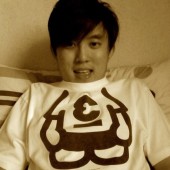 Lossophy brain mouse who believes in the mantra of wanting to die young as late as possible. Enjoy mixing philosophy, social science and relationship matters into one rojak concoction.

Accident Death: Being In The Wrong Place At the Wrong Time

Thanks for subscribing! :D